Use 7 layers to define basic functions of Internet.

The basic model for today’s Internet.

OSI is just a model, not any implementation.

The most popular TCP/IP protocol is designed based on OSI model, or, an implementation of several layers of OSI.

(Why include links? Repeating is meaningless. Here is just a summary)

It defines standardized interfaces between different layers. So that all layers can be independent and can have different implementations.

From bottom to top.

The most basic physical transmission.

“Is the wifi working?”

The physical layer is responsible for the transmission and reception of unstructured raw data between a device and a physical transmission medium. It converts the digital bits into electrical, radio, or optical signals.

Defines basic format of data, how they are transmitted and denoted via the wires.

How to transport data between 2 hosts reliably and effectively

Basically, the top 3 layers, application presentation and session layers, can be regarded as the “Application” since they are all controlled by applications.

The applications are responsible for 5,6,7 three layers. Some applications might be simple, will only implement functionality of 7th layer.

Data begin with 7th layer, the application layer. They will be transmitted from top to bottom. Each layer will include a HDR (header) to the data. Each layer stores its information in HDR.

The process of “data going throughout 7 layers from top to lowermost one” in which each layer concatenates its header (or footer or both) is called data encapsulation.

Upon receiving, data will be “de-encapsulated”.

Each layer will check the information it is responsible for.

From lowermost level to topmost layer.

At the end only the original data will be transmitted to application.

Now everyone uses TCP/IP. It is an implementation of OSI model. 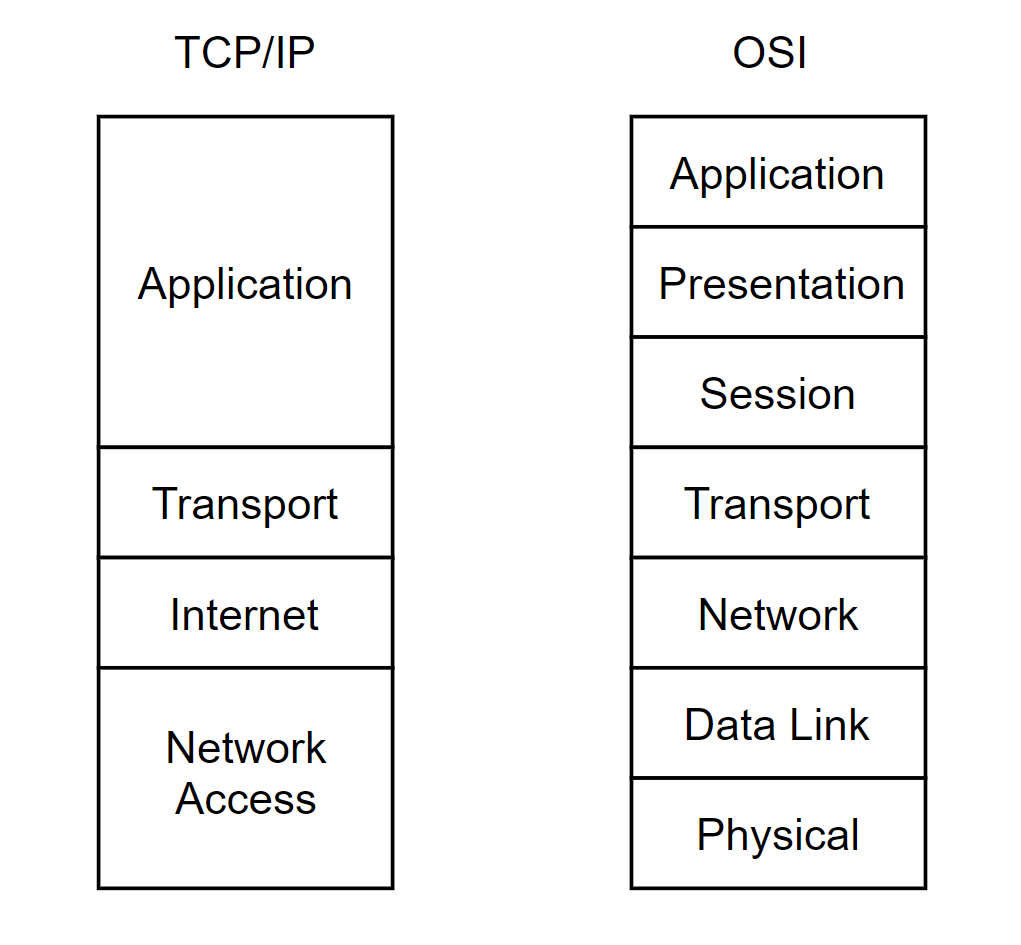 The most “important” ones are 3rd and 4th layer.

For networking, it usually refers to the 4 low layers.